The 50th Anniversary episode of popular British TV show ‘Doctor Who’, which aired on Saturday 23rd November, has broken the world record for largest ever simulcast of a television drama.

A simulcast is a simultaneous broadcast that is viewed via more than one medium.

In the UK alone, some 10.2 million people tuned in to the BBC show, although others still would have digitally recorded the special in order to view it at a time better suited to them.

The episode, entitled ‘Day of The Doctor’ was broadcast on TV in 94 countries, as well as being screened in 1,500 cinemas around the globe. It is also being streamed online via BBC iPlayer, for those who either missed the first showing, or would simply like to see it again.

Guinness World Records editor-in-chief Craig Glenday presented the show’s head writer and executive producer, Steven Moffat, with a special certificate in commemoration of the event, on Sunday. In response, Moffat joked that after years of preventing others from conquering the world, the Doctor had done it himself.

‘Day of The Doctor’ is the 799th episode of the long running show, which first aired in 1963. The series was cancelled in 1989, but was resurrected in 2005 by executive producer Russell T. Davies.

The feature-length anniversary episode starred Matt Smith as the titular Doctor, teaming him up with previous Doctor David Tennant and veteran actor John Hurt (who played an as-yet unseen incarnation of the character, known only to fans as ‘The War Doctor’).

The show also starred Jenna Coleman as the Doctor’s companion, Clara, Joanna Page as Queen Elizabeth I, Jemma Redgrave as Kate Stewart and fan-favourite Billie Piper as a variation on her previous character, Rose Tyler.

Long time fans were also especially pleased to see the return of actor Tom Baker, who portrayed the character of The Doctor from 1974 – 1981.

Via contemporary special effects and cunning use of old footage, all of the actors who have played The Doctor appeared to some degree. Viewers were also treated to a brief glimpse of Peter Capaldi (the actor positioned to be the next Doctor) in the role.

The show continues a tradition of sorts, in which returning former stars have celebrated the series’ anniversaries. The 10th anniversary of the show in 1973 featured the return of past actors William Hartnell and Patrick Troughton for a special entitled ‘The Three Doctors’. In 1983, the programme’s 20th anniversary saw the return of Troughton and Jon Pertwee for the special episode called ‘The Five Doctors’. In other instances, past Doctors have appeared in 1985’s ‘The Two Doctors’ and the 2007 BBC Children in Need Special ‘Time Crash’. 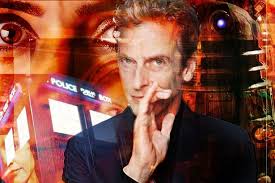 Fan response to the show was generally positive, with massive activity on Facebook, Twitter and others, but not all fans were impressed. Christopher Ritchie, writing for Dr.WhoTV.co.uk, suggested that the ending of the show devalued the impact of key events in the character’s history, going as far as to call it a “degeneration” of the relaunched series.

However, the vast majority of the show’s fans, both old and young, were hugely impressed with the episode, with multiple Tweets praising the show’s attention to its history and legacy, as well as the heaps of praise for the performances of Smith, Tennant and Hurt. Fans were sharing their favourite quotes with one another online within minutes of the closing credits.

The 74-minute special will be available on DVD and download from December 2nd.